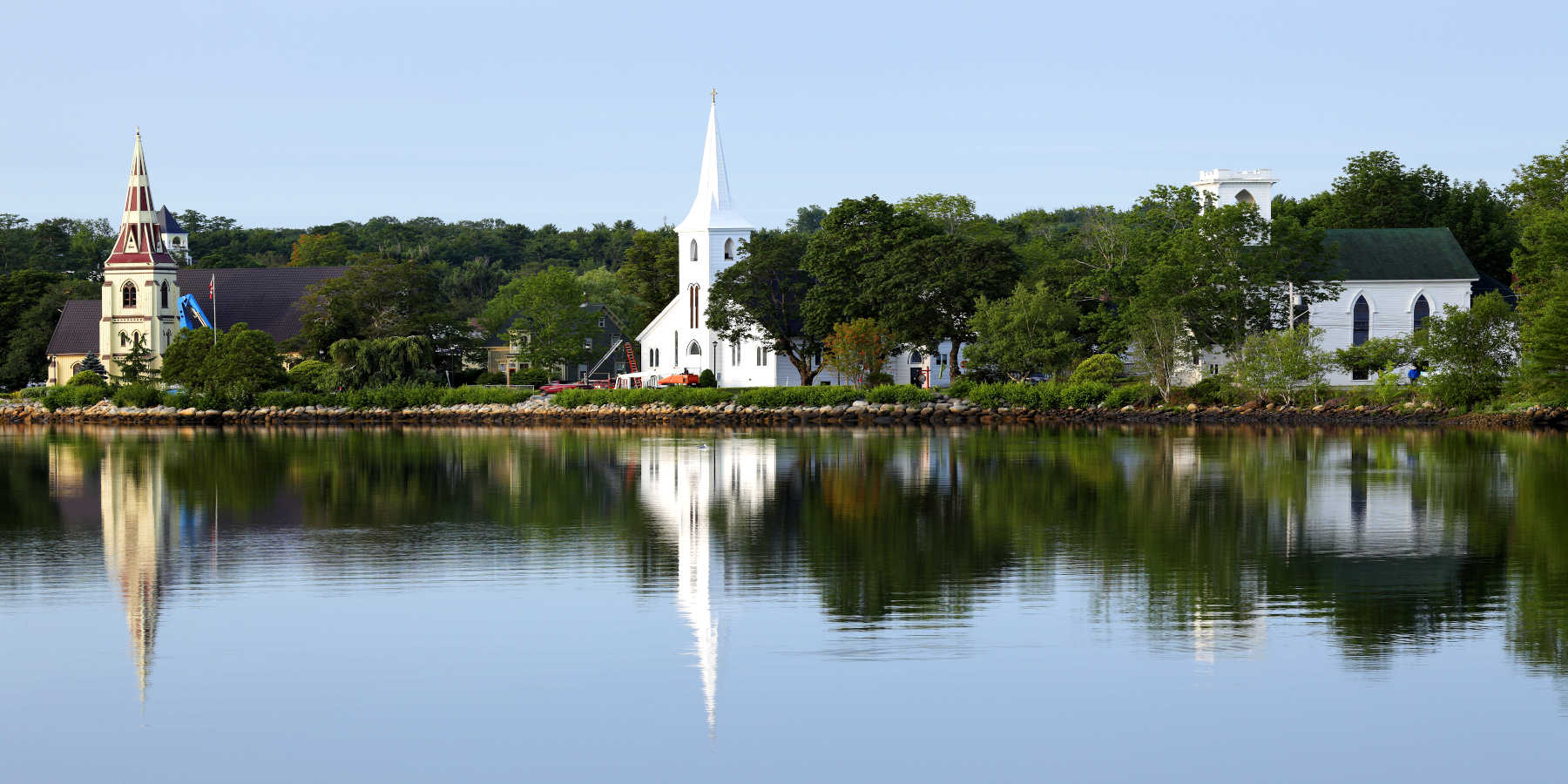 Lunenburg is a port town in Lunenburg County, Nova Scotia, Canada. Situated on the province's South Shore, Lunenburg is located on the Fairhaven Peninsula at the western side of Mahone Bay. The town is approximately 90 kilometres southwest of the county boundary with the Halifax Regional Municipality.

Mahone Bay is a town on the northwest shore of Mahone Bay along the South Shore of Nova Scotia in Lunenburg County. A long standing picturesque tourism destination, the town has recently enjoyed a growing reputation as a haven for entrepreneurs and business startups. The town has the fastest growing population of any municipality in Nova Scotia according to the 2016 census, experiencing 9.9% population growth.

Bridgewater is a town in Lunenburg County, at the navigable limit of the LaHave River. Bridgewater is the largest town in the South Shore region. Priding itself as "The Main Street of the South Shore," Bridgewater has long been established as the primary commercial and professional service centre in the southern half of the province. The community boasts a diverse local economy, as well as larger national and international employers.